This was actually done about two weeks ago, but am just getting around to posting it. There are several blogs I follow about architectural models, and found this photo of a model credited as Mansilla + Tuñón Architects concept of Museo de Automoción.

As a lighting study and test for NPR styles of rendering, I replicated the image in 3ds Max and Vray. Matching perspective with all circles and no scale/dimensional reference was tricky.  There is a little bit of Vray's Toon effect in the AO pass. 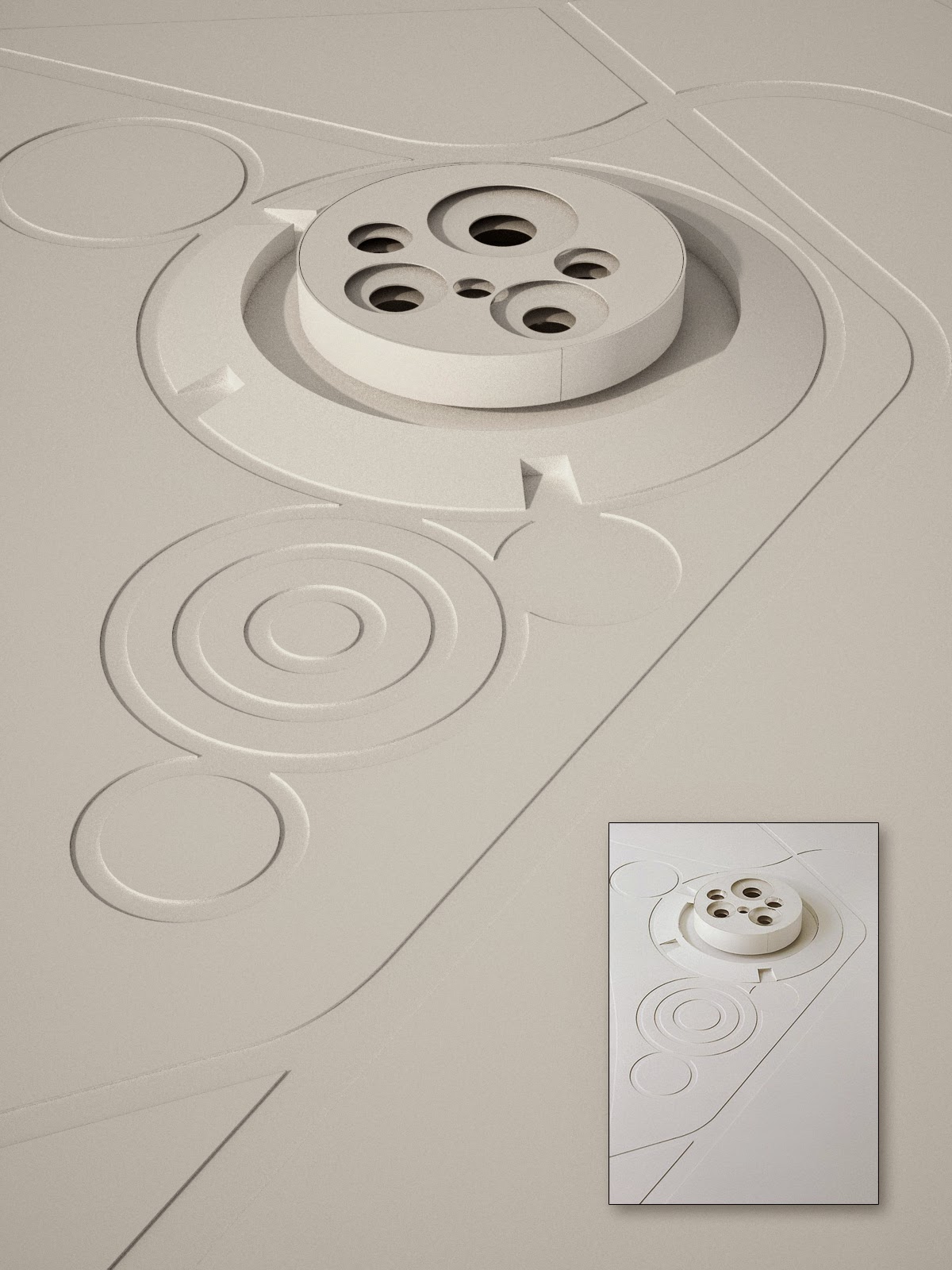 Also I wanted to mention a technique that is pretty simple, but haven't seen talked about anywhere.  Using the render itself (inverted) as a mask on the AO pass to increase accuracy.  AO passes add back some detail that GI washes out, but the effect of an AO should not be seen in areas exposed to direct light.  So I took the base render, adjusted the levels, inverted and applied as a mask to the AO layer.  This will also work with an inverted lighting pass or a shadow pass.

Well it's been quite some time since I updated my website.  The new site is built, I am just in the process of getting all the content together.  Launching a new website with a bunch of white squares is not quite what I had in mind.  But I wanted to go ahead and announce it, and this blog.  I'll hopefully be posting on a semi regular basis, hopefully with new images, some free stuff, and news.